THEMED EXHIBITIONS exploring the Great Migration and showcasing works by young fashion photographers and metal workers in Memphis are among the noteworthy shows featuring Black artists that opened in museums this spring and summer. From Seattle to Cleveland, Atlanta, Boston, and London, many of these exhibitions remain open through September. Museums are presenting works by modern artists Romare Bearden and Bob Thompson; rising and mid-career figures, such as Deana Lawson, Remy Jungerman, and Isaac Julien; artists who draw on myth and science fiction; and Sam Gilliam (1933-2022), the beloved Washington, D.C., painter who died in June. A selection of 12 museum exhibitions to see now follows:

Beverly McIver‘s first solo museum show was presented at SMoCA in 1998. More than two decades later, she has returned to the museum for a survey of her painting. North Carolina-based McIver’s richly colored figurative portraits explore identity, confronting race and gender issues. Imbued with raw emotion and passion, the images are often self portraits or focus on individual members of her family. More than 50 works made over the past 25 years are on view and a new fully illustrated catalog documents the exhibition.

Marking its centennial, the Barnes Foundation commissioned British artist and filmmaker Isaac Julien to make a five-channel installation. The immersive work explores the connections between collector Albert C. Barnes, the museum’s founder, and scholar, philosopher, and cultural arbiter Alain Locke, the “Father of the Harlem Renaissance.” The installation is contextualized with sculptures by Richmond Barthé (1901–1989) and Matthew Angelo Harrison (b. 1989) alongside African objects from the Barnes collection.

With his distinguished career as a maker of deeply thoughtful and compelling video installations, his commitment to the investigation of African diasporic politics and culture, and his abiding interest in the Harlem Renaissance, Isaac Julien is the perfect partner for the Barnes in bringing this lesser-known chapter of the Foundation’s history to light.
— Barnes Foundation

The first U.S. museum survey dedicated to the unique practice of Brooklyn-based photographer Deana Lawson features more than 50 works dating from 2014 to 2021. Lawson’s highly staged and stylized large-format images explore representations of Black identity rarely seen in museums and galleries. A fully illustrated catalog was published on the occasion of the exhibition, which is traveling to the High Museum of Art in Atlanta (Oct. 7, 2022-Feb. 19, 2023).

A Movement in Every Direction: Legacies of the Great Migration @ Mississippi Museum of Art, Jackson, Miss. | April 9-Sept. 11, 2022

Co-curated by Ryan N. Dennis and Jessica Bell Brown, this exhibition explores the Great Migration of more than 6 million African Americans from the U.S. South to Northern cities across the country starting early in the 20th century and continuing through the 1970s. Newly commissioned works by 12 artists, including Mark Bradford, Torkwase Dyson, Theaster Gates, Allison Janae Hamilton, Robert Pruitt, and Carrie Mae Weems reflect how the mass movement shaped the history, culture, and lived experience of Black people in the rural towns they left behind and the industrial centers and urban cities where they settled. A fully illustrated catalog and a critical reader accompany the show, which travels next to the Baltimore Museum of Art where it opens on Oct. 30.

“We invited artists whose practices engage with personal and communal histories, familial ties, the Black experience, and the ramifications of land ownership and environmental shifts to consider how we can expand our understanding of this essential moment in American history.”
— Jessica Bell Brown and Ryan N. Dennis

Curated by Antwaun Sargent, this traveling exhibition showcases the work of 15 artists working in a variety of contexts, from New York to Lagos and London, including Campbell Addy, Arielle Bobb-Willis, Awol Erizku, Nadine Ijewere, Tyler Mitchell, Ruth Ossai, and Dana Scruggs. Drawing on a nexus of art, fashion, and culture, this new wave of photographers is “reinfusing the contemporary visual vocabulary around beauty and the body with new vitality and substance.” A fully illustrated catalog authored by Sargent with contributions by Shaniqwa Jarvis, Mickalene Thomas, and Deborah Willis documents the show, which travels next to the Museum of the African Diaspora in San Francisco (Oct. 5, 2022-March 5, 2023).

Recognized for his expressive use of form and color, the work of Bob Thompson (1937-1966) is defined by a “rigorous engagement with art history and a commitment to expressive figuration.” Titled after one of his paintings, this traveling exhibition isthe first major survey of the artist’s brief, yet prolific career in more than two decades. Thompson split his time between New York and Europe, dying in Rome, Italy, at age 28.

“Full Circle” is abstract artist Sam Gilliam‘s first-ever solo show at the Hirshhorn and his first in 15 years in Washington, D.C., his adopted hometown. The exhibition presents a series of tondos made in 2021 in conversation with “Rail” (1977), a monumental 15-foot-long “Black” painting acquired by the museum in 1978. (Gilliam died on June 25, one month after the exhibition opened. He was 88.)

The unique practice of Billie Zangewa explores the lives of women. The Malawi-born artist lives and works in Johannesburg. Her hand-sewn, textile “paintings” are composed with pieces of raw silk. Zangewa’s first solo museum exhibition of presents works spanning the past 15 years alongside new ones made specifically for the show. The traveling survey is curated by Dexter Wimberly. The Gantt Center is also showing “Painter’s Refuge: A Way of Life – A Solo Exhibition of Recent Work by Reginald Sylvester II,” curated by Wimberly.

Based on research conducted by curator Ernestine Jenkins, this exhibition “examines the role of the blacksmith in diverse African contexts and how that artisan identity and associated blacksmithing practices changed in America due to slavery.” The group show include works by contemporary artists Richard Hunt, Lorenzo Scruggs, Hawkins Bolden, and Desmond Lewis; blacksmiths and entrepreneurs Blair Hunt and David Carnes; and enslaved blacksmiths associated with two local plantations—Hunt Phelan House and Hilderbrand Plantation.

“Like the endurance of the metal itself, contemporary Black artists sustain the historic and symbolic significance of working with iron that began with ancient practices of blacksmithing in Africa.” – Earnestine Jenkins

In the mid-1960s, Romare Bearden began making the collages for which he is best known. In the years prior, his practice focused on abstraction. This exhibition is the first to consider that body of work, presenting about 55 paintings, works on paper, and collages made between 1952 and 1964.

Curator Ekow Eshun explains the concept of his exhibition In the Black Fantastic and provides a tour of the exhibition and the many artworks on view in the show. | Video by Southbank Centre

This exhibition presents three bodies of work by Suriname-born Dutch artist Remy Jungerman. Based in Amsterdam, he represented the Netherlands at the 58th Venice Biennale in 2019. Jungerman makes stacked assemblages, free-standing and wall-hung works that he describes as “horizontals” and “verticals.” The sculptural works explore “the intersection of pattern and symbol in Surinamese Maroon culture, the larger African diaspora, and 20th century Modernism.” CT

SUPPORT CULTURE TYPE
Do you enjoy and value Culture Type? Please consider supporting its ongoing production by making a donation. Culture Type is an independent art history project that requires countless hours and expense to research, report, write, and produce. To help sustain it, make a one-time donation or sign up for a recurring monthly contribution. It only takes a minute. Many Thanks for Your Support.

Tue Sep 6 , 2022
Your body’s fitness is incredibly very important for sustaining an active and healthier way of life as according to a research, individuals who established apart time to exercise every day were being uncovered to be happier and additional productive than these who did not. The survey found out that 75% […] 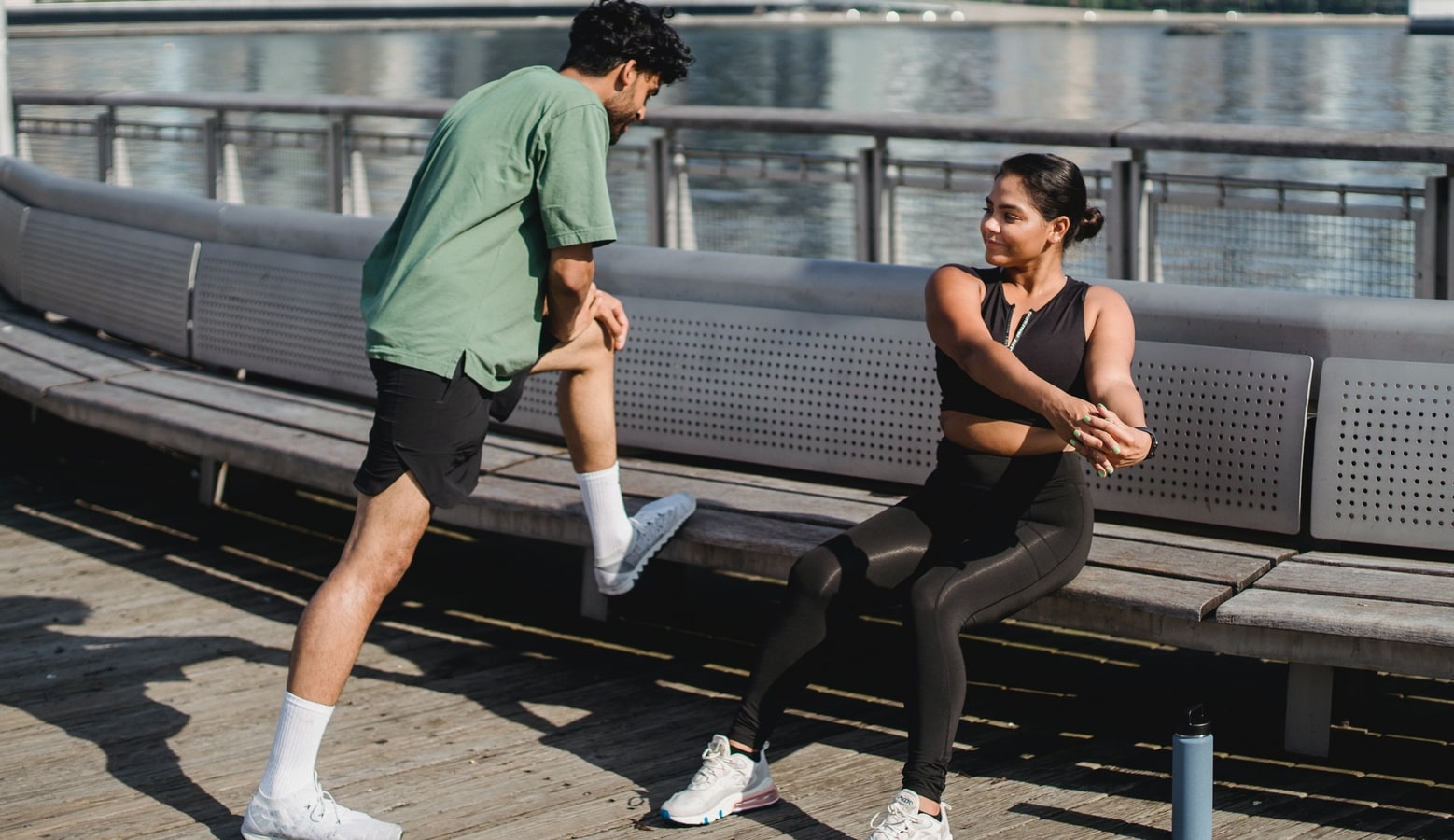