Hair is deeply personal. The way you wear it, how much of it you have, your relationship to it – all of this fluctuates depending on culture, religion, sexuality, gender, age, class and health. This is a beautiful thing. This is also the reason why the act of cutting your hair can be brimming with metaphor. Pop culture is filled with it; Britney holding clippers to her head, Smith leaning over Samantha in an act of solidarity, even the Bible offers up its own entry with the story of Samson and Delilah.

Anyone that’s had a dramatic haircut, usually from long to short, might tell you about a sense of freedom. Other will speak of instant regret. But what is always more interesting is: why? Is it to shake off a bad breakup or to usher in a different you? See what I mean? Hair is personal. And after the past couple of years we’ve had, it makes sense that you’d want to go short. Quit lugging around all that baggage. If this is you, then below we’ve compiled a list of short hairstyles to consider; from the forever classic pixie to a more severe buzz cut. And if short hair has always been your thing, then take this as a bank of inspiration for what style to explore next.

When we think of short hairstyles, the forever classic pixie cut springs to mind first. It’s defined by cropped, short layers close to the skull and was popularised by Audrey Hepburn in Roman Holiday. In fact, it’s a style we can’t quite separate from the heroines of 50s and 60s cinema, be it Rosemary’s Baby or Breathless, and its gamine spirit means it was originally worn defiantly to challenge traditional ideas around femininity. 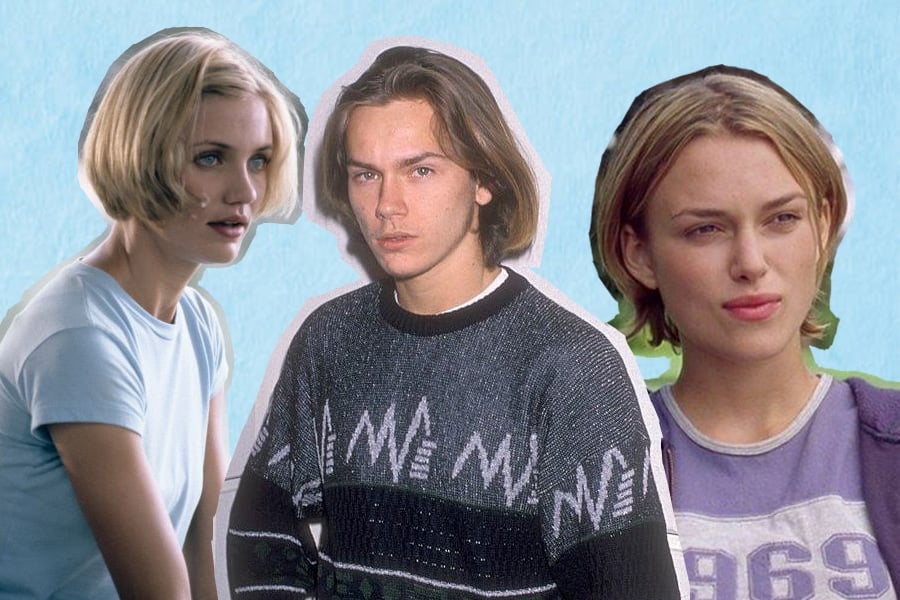 A hairstyle that gets its name from the onscreen heartthrobs of the 90s; think Leo, Winona, Keanu and River Phoenix. It transcends gender. A hairstyle that, depending on context, has its wearer looking chic and refined or like an innocent crush-next-door. Parted in the middle and with a blunt finish, somehow the cut always seems to cascade into the wearers face, regardless of how many times it’s tucked behind an ear.

Inspiration: Zazie Beetz, Keira Knightley in Bend It Like Beckham, and Aleyna Fitzgerald. 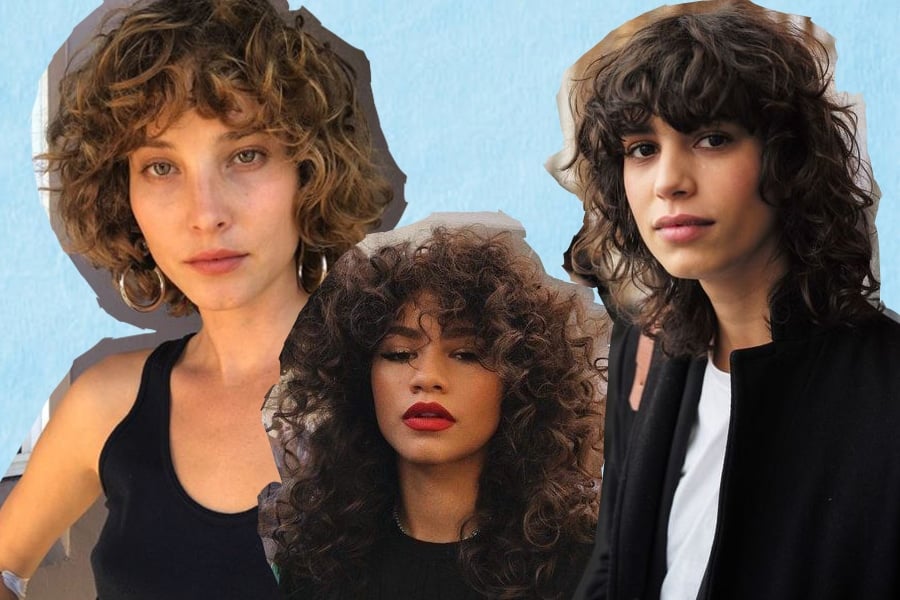 There are two kinds of people; those who prefer their hair neat and sleek and those who take a messy, carefree approach. If you’re in the latter camp then the 70s era shag is a short hairstyle to consider. Choppy and textured, it makes curly hair sing and gives lank locks personality. Cap it off with some bangs and you’re set. 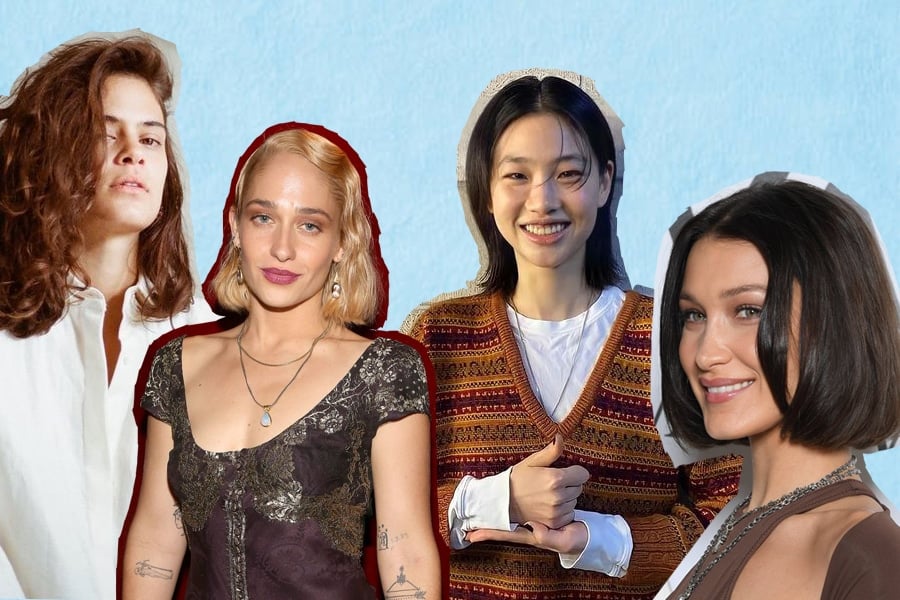 For all the non-committal types, this one’s for you. Anatomically speaking, the lob lands somewhere between your chin and shoulders, a decision you can take up with your hairstylist. The name is just long and bob squished together, in case you were wondering and like many short hairstyles this one is extremely versatile, suiting all face shapes, textures, everything. We mean it. We’re yet to see anyone who looks bad in a lob. 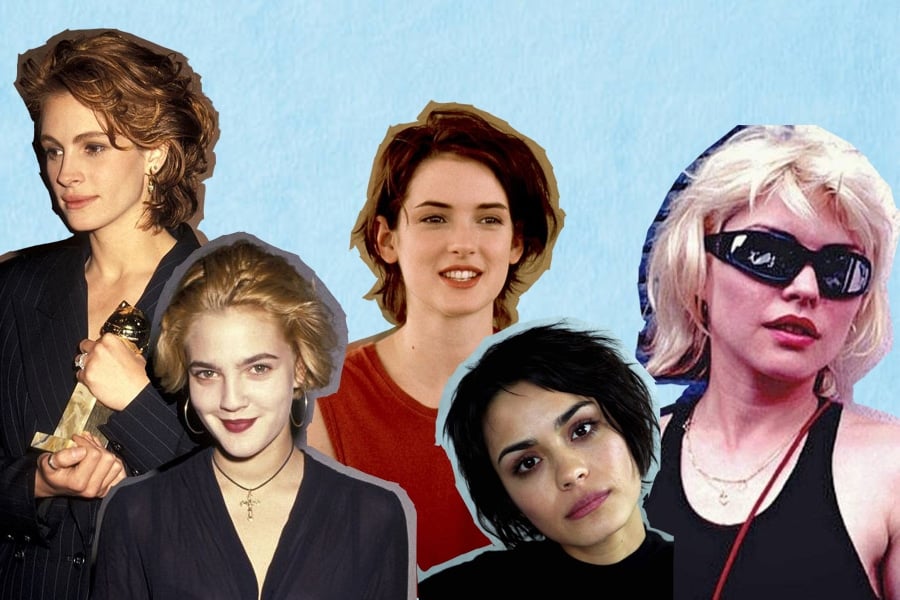 When the TikTok algorithm sends us a new 90s hairstyle, we listen. And one that’s been cropping up all over our feeds of late is the bixie. A portmanteau of the words pixie and bob, the style incorporates the choppy, cropped layers of the former with the below-ear length of the latter. To break it down even further, the bixie is an edgier, more defined older sibling of the hearthrob bob, and equally as nostalgic. 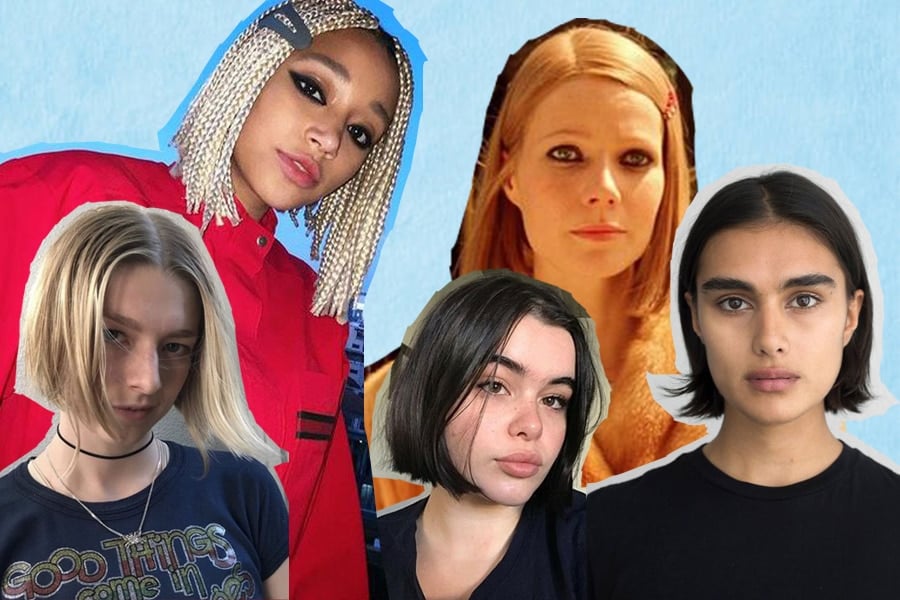 See: the Lob, but minus a few inches. 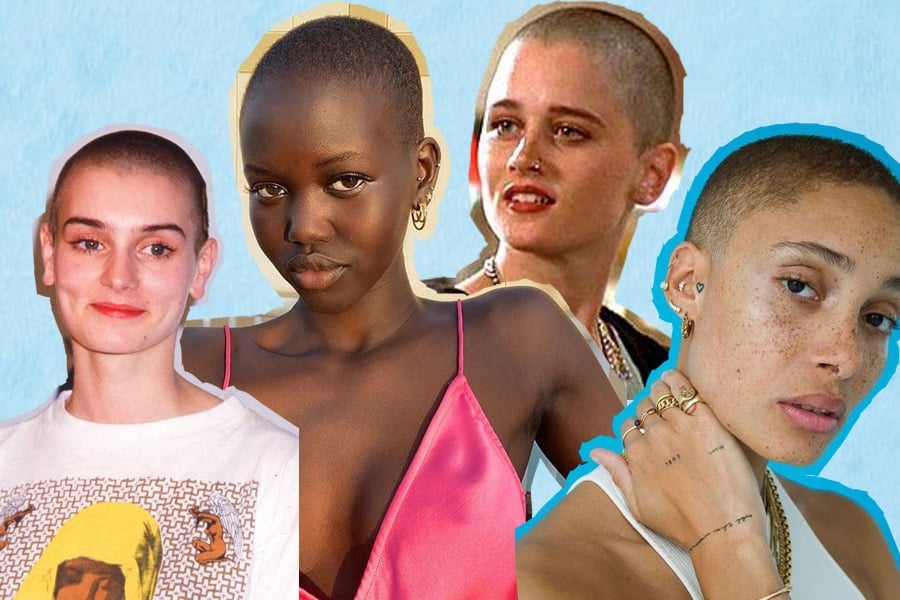 The way I see it, everyone has to try a buzz cut at least once. And if you surfaced from your early 20s without one, can you be our voice of reason too? That being said, we love a buzz cut. It’s pragmatic, bold and iconoclastic. Shave it off and razor in some patterns, bleach it blonde or dye it bubblegum pink; the options are endless. We think the 90s did it best, although Grace Jones deserves a special mention. 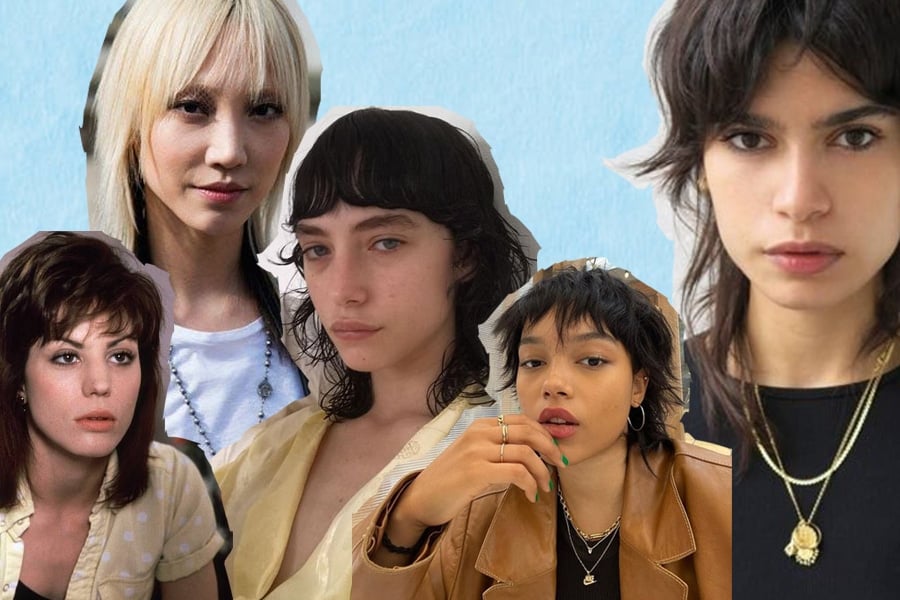 Never choose between strictly business or pleasure – the mullet can do both. Pioneered by Ziggy Stardust and touted by Cher, much like Dolly Parton, the mullet exists at a unique intersection, being long adored by hillbillies, rockstars, the girls, the gays, and the theys alike. Enjoying a resurgence in the past three years, there are myriad interpretations of the style with some opting for softer feathering and others preferring blunt definition. 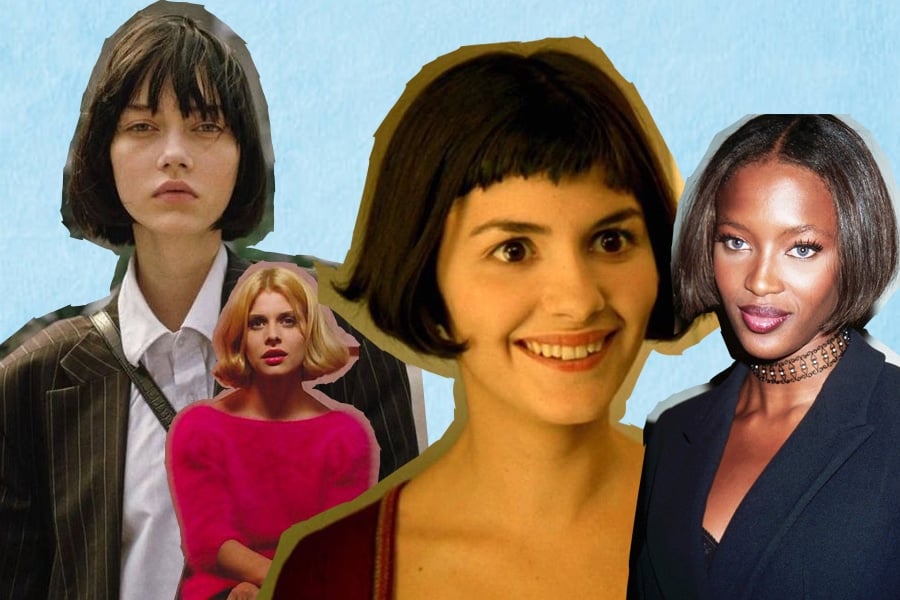 Yes, we know another bob. But this one arrives with a French sensibility. A chin-skimming rendition of the classic bob with bangs that verge on micro territory, anyone that’s seen Amélie will have harboured fantasies about this style. It plays nicely with textured hair, and from what we hear is relatively low maintenance. Just don’t expect to tie this one up. 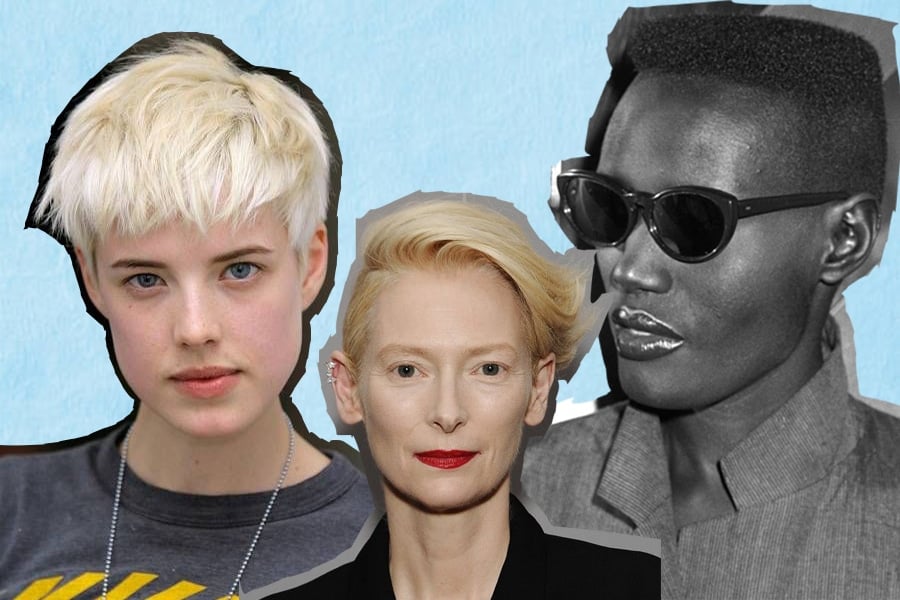 Drawing its name from the style worn by Ivy League men’s rowing teams in the 1930s and 40s, this straight-edged style has been adopted by some of pop culture’s coolest cats. To put it simply, its shaved on the sides and long on top – a pixie cut without the layers. 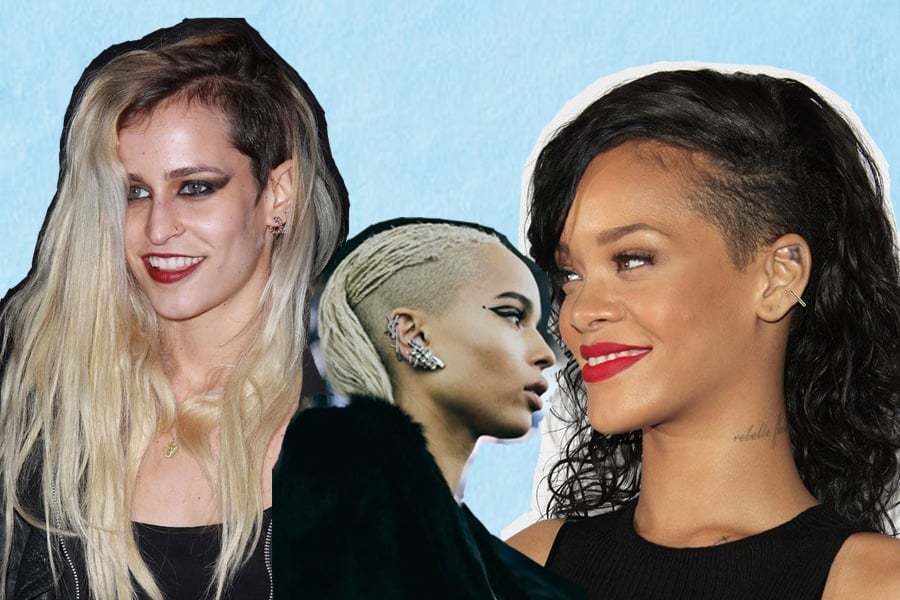 If indie sleaze is the hill you’ll die on, then it might just be time to revive the undercut. Whether it’s a single shaved side like Cyndi Lauper or a less visible undercut à la Cara Delevingne, we’re not, not interested… 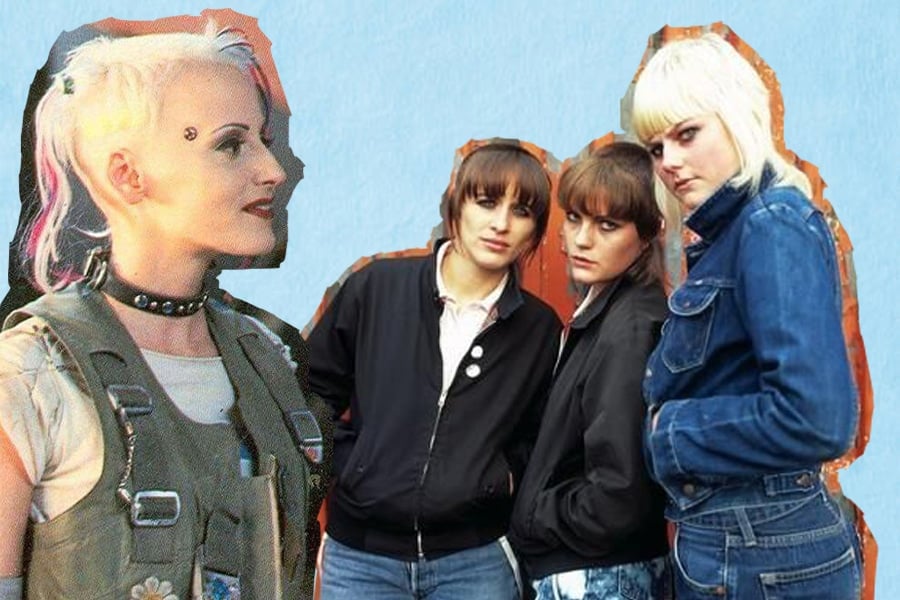 Like most haircuts that would make your mother tut and your father erupt in jokes about lawn mower accidents etc., the Chelsea haircut was born out of political instability and disillusion, specifically of Thatcher-era England. Taking cues from punk, the skinhead haircut is buzzed all over, save for a front fringe, wispy bits around the ear and in some cases a little mullet-esque tail of hair at the back. This is not one for the beige.

Inspiration: Lori Kelly in Tank Girl and Vicky McClure in This is England. 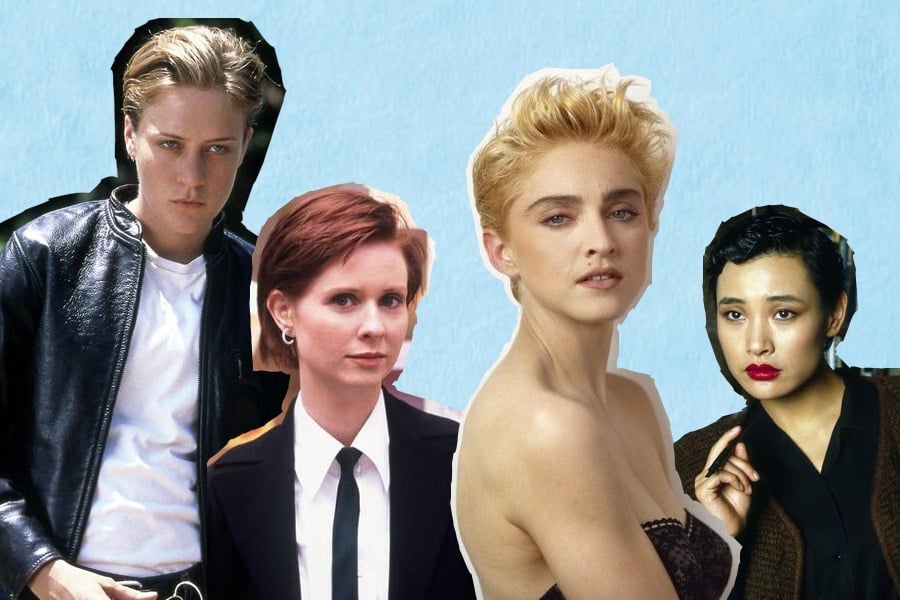 This one requires gel, and lots of it. It’s cropped yet long enough to hold volume and be slicked back across your head. For hot girlies only.

Inspiration: Madonna, Joan Chen in Twin Peaks, and Chloë Sevigny in If These Walls Could Talk 2.

Wed Jul 6 , 2022
As soon as in a fantastic although, you come throughout someone’s operate that alterations the way you view and feel about a “craft” or “hobby.” This happened to me lately when I reconnected with a attractive lady I realized as a youngster in Queens, NY (my older brother’s higher faculty […]